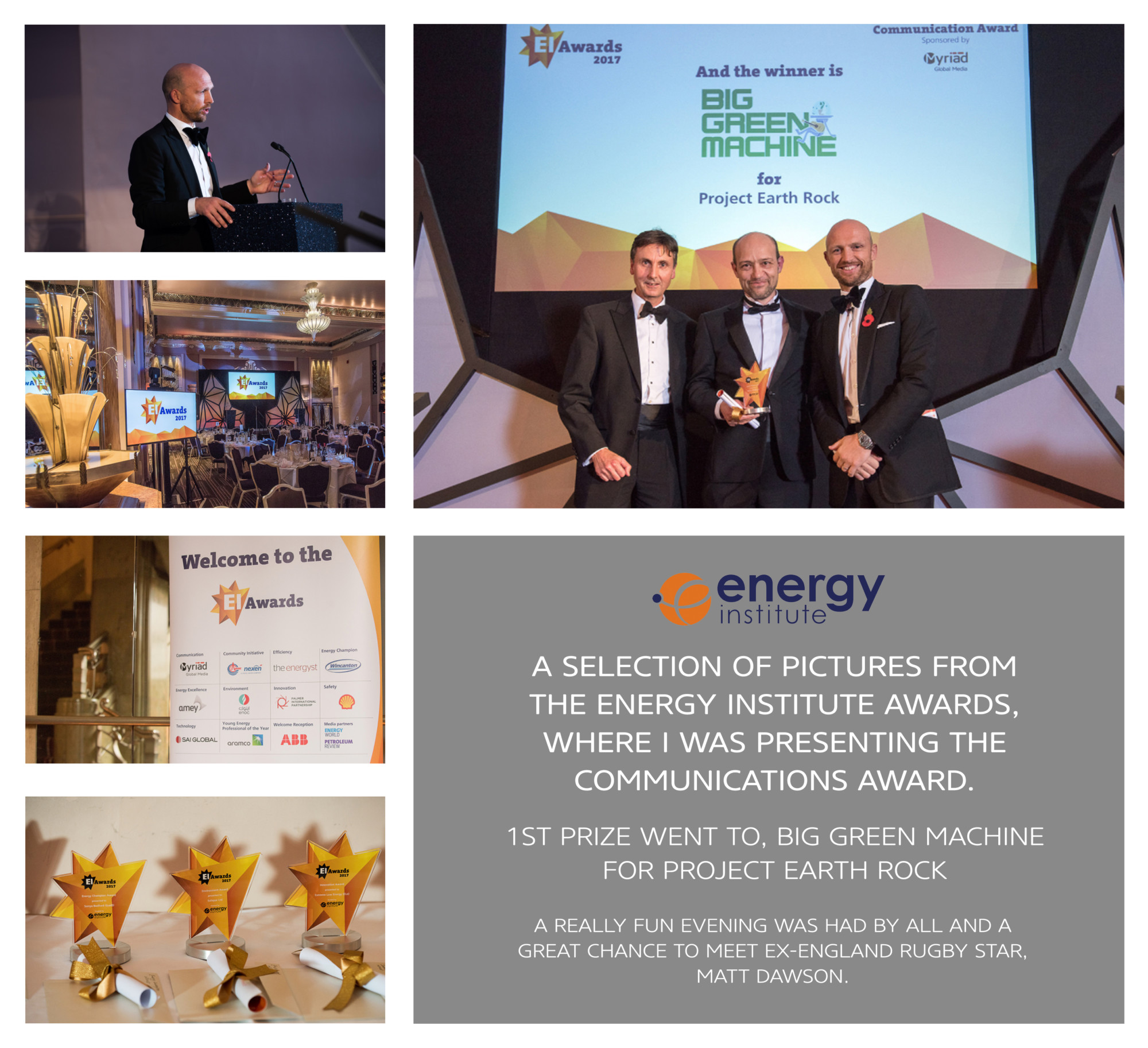 The Energy Institute Awards event is an important fixture in the industry’s social calendar, which brings together high-profile, influential guests from across the globe to network, celebrate, entertain, and be inspired by the industry’s successes. Myriad Global Media were invited to present the ‘Communications Award’, which was won by Big Green Machine for Project Earth Rock

The winners of the 2017 Energy Institute Awards competition were announced on 9 November at the Sheraton Grand Park Lane Hotel in London in front of an audience of hundreds of industry leaders. The celebrations, which included a formal dinner in recognition of all of those shortlisted, were hosted by former England Rugby star and A Question of Sport team captain, Matt Dawson MBE.